Happy Matticversary to Me! A Year Working for Automattic 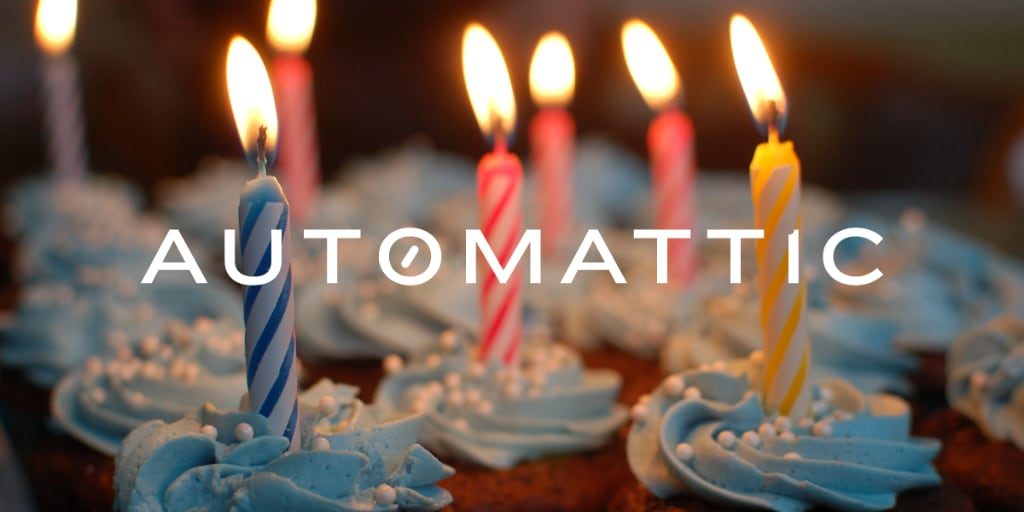 Today is my first Matticversary, which is the anniversary of the day that I started life as an Automattician. Still none the wiser? For the past year I've been working for Automattic as a Code Wrangler (or Software Engineer) - the company behind WordPress.com, Woocommerce and a number of other products like Simplenote, Cloudup and Crowdsignal.

It's a cliche, but I can't believe it's been a year. There's some science now behind why it seems like time speeds up the older you get, but that is partly based on you having less new experiences. If the last year is anything to go by, I think it could disprove that theory.

Soon after I started life working for Automattic I noticed that a number Automatticians became less active on their personal blogs. I put it down to the amount of internal communication that goes on in a distributed company but thought it was a shame that it appeared as if working for Automattic would somehow hinder you from writing a blog or pursuing other personal projects. If anything, the opposite is true, and so as a kind of Matticversary resolution, I've decided to rekindle my habit of daily writing.

So what's happened in the past year? There are a number of blog posts to write about the highlights of my year working for Automattic, but to summarise:

That was the first year, and I'm hoping there are many more. I like the idea of having my own new year in March as it's almost six months away from my birthday and provides another opportunity for reflection and review.

Lastly, I couldn't write a post like this and not say that if you are thinking of working for Automattic too, then you should apply for one of our open positions. I guarantee you won't regret it, and I'll look forward to celebrating your first Matticversary with you.