No Fear ‘Til Bedtime 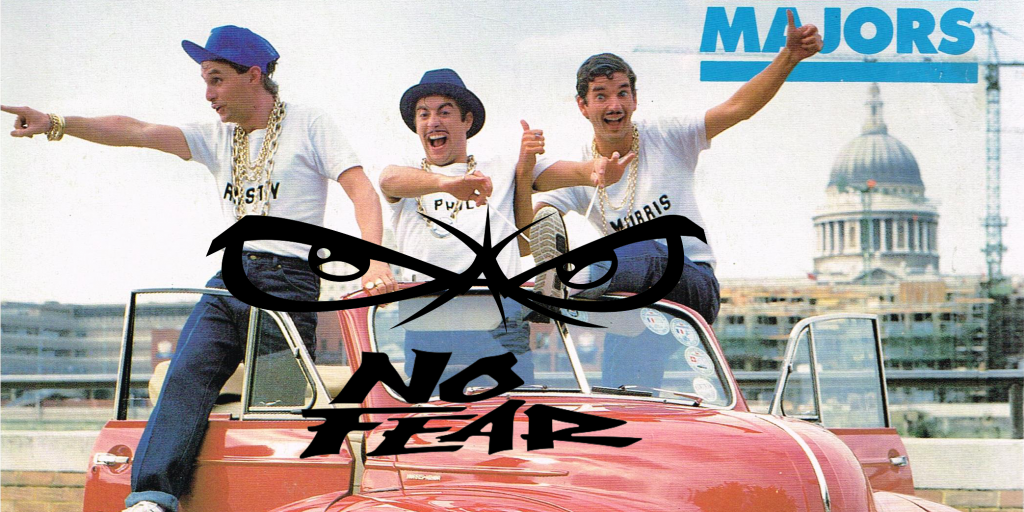 Ok, so these titles are getting silly, especially as I now have to explain them! The writing challenge for today was to talk about my fears. This conjured the sportswear brand, No Fear. I was thinking about what to write late at night and panicking a little that it was way past my bedtime.

There's a Beastie Boys parody song by a group called Morris Minor and the Majors, called Stutter Rap. They shout 'No Sleep 'til Bedtime' and so I got this slightly nightmare like ear worm that formed the title of this post!

After thinking about this topic for a while, I realised that the problems I had was that I didn't really have any true fears. Some concerns, yes, and things I can do nothing about (my daughters becoming teenagers is a scary prospect) but no true fear.

The most terrifying experience I've had in recent times was when I first delivered a day long workshop with some students. I was having anxiety dreams the night before, because I later realised that I was practising my own kind of exposure therapy for public speaking. Despite the feeling of dread I felt, no real harm was going to come to me. Even if it all went wrong, the worse that could happen was that the students complained and I get asked not to come back.

There's whole countries of people living in fear as we speak. I've spoken with some refugees, one of which is only eight years old. When you listen to how their experiences have affected them, it puts life in perspective. You realise how lucky you are when your two year old is shouting about how she wants calamari in a restaurant.

Get off the fence

Having put some context around this my most major concern (or fear for the purposes of this post) after the usual of ensuring that the family has Maslow's hierarchy of needs met, is my crippling indecision!

I spend far too long thinking about all the stuff I want to do. I've realised that it's worse than just not making a decision of what to do next. I spend time avoiding decisions as subconsciously I know it might lead to scary situations, like running a workshop for a group of MA students.

That experience came about because I pushed myself in to it. I watched this Noah Kagan talk on Wednesday, and he reiterates the point that growth in your life comes from discomfort.

So my worry is that I'll carry on avoiding any discomfort and living my nice comfy life as a white bearded software developer only to wake up one day to find life's passed me by and I'm obsolete.

Depressing stuff for a Friday eh? Well, I'm doing something about it. Writing this blog is intentionally designed to push me to try some new things out. It's not pushed me to the point that I'm doing something that properly scares me yet, but laying yourself bare online makes me apprehensive.

I needed to have some new experiences and start filtering out the stuff that was just 'OK' from my bucket list of things to do. Writing a blog was one of those things, and so writing about these new experiences feels pretty meta. I wonder if I should go off and register metablogging.com.

There we have it. My biggest fear is not feeling fear. Not fear in the sense of worrying for my life, but fear that makes me produce just enough adrenaline that the experience has a life changing effect.