Disappointment and Crowdfunding. Why I’m Destined Never To 3D Print Anything! 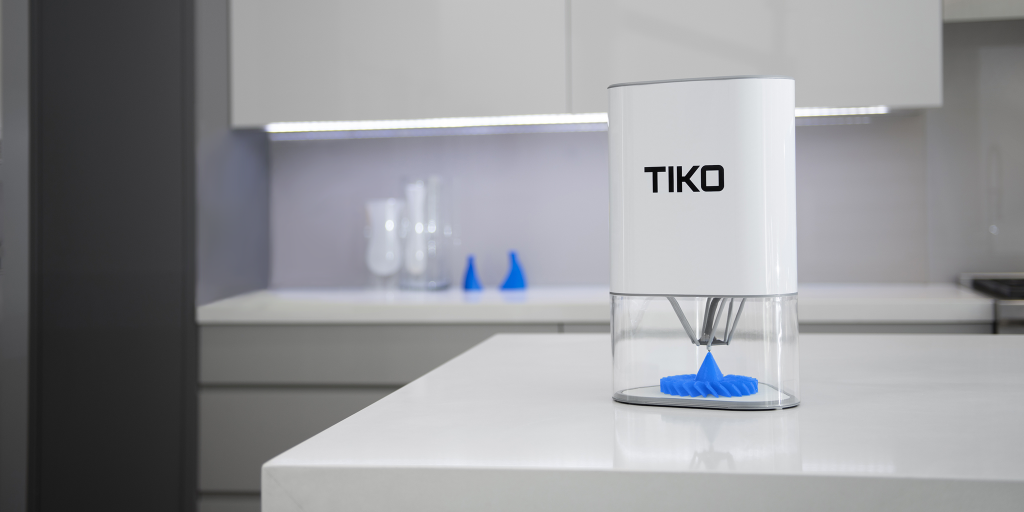 This post continues my schizophrenic hopping between topics, which I apologies for. I'm getting towards the end of my 31 day challenge, and one of the suggested topics I ignored was to write about disappointment. At the time I couldn't think of anything suitable, but I recently got an update on a Kickstarter project I backed and realised that a failed project had disappointed me.

Maker/hack spaces are starting to spring up all over the place these days, which is really great news. I've discovered there's an exceptionally well equipped innovation lab a short journey away. It's got laser cutters, high end CAD PCs, and even a Vire VR setup.

When I was part of a project to open a Fab Lab in Brighton this wasn't the case and it was hard to find any digital fabrication equipment to use or buy. The kits for 3D printers were still expensive and a project for a hobbyist.

The Fab Lab project eventually failed through lack of funding (another disappointment), but I decided I'd try and setup a mini-fab-lab at home. I had a spare room/office and I figured that I should be able to get some smaller pieces of equipment which would allow me to start prototyping my ideas.

The official suggested equipment for a Fab Lab didn't include a 3D printer, but it seems to me a sensible piece of kit to have. They're relatively small, don't require things like air extraction (as most laser cutters do) and models that required less tinkering were starting to appear.

That's when I came across the Tiko 3D printer on Kickstarter. Their goal resonated with me. Produce an affordable (like current ink jet printers) desktop 3D printer, and hopefully produce the 3D printing revolution that everyone has talked about for so long.

It looked like a good design too. The updates I was receiving always made me feel good for helping back these people's dream. Even when they were talking about setbacks and problems, they were always high spirited and I continued to hope they would succeed. In fact I never thought they would fail.

I've backed more than 20 projects on Kickstarter with varied success. Luckily the couple that haven't delivered (CastAR and Pebble Time 2) have both provided refunds. I'd say the majority of projects fail to deliver on time, but that's also acceptable in my view as long as backers receive updates on progress.

The updates by Tiko started to get fewer and less frequent. The news seemed to be positive though. Printers were shipping and they asked backers to stump up some more money for delivery costs. Then some grumblings began. People worried that the project was off the rails, others receiving printers that didn't work, or damaged in transit. It all started to look a bit gloomy.

Then a final (for now) update came out admitting the problems. For me it felt like a message written from a team worn out but the stress of the project baring down on them. It also had tinges of relief to finally get all the gremlins out in the open.

It was disappointing to read that the project was all but dead, and that I would probably not receive a printer. I know they're saying they're doing everything they can to deliver, but it seems like a slim chance now.

Part of the disappointment was because of all the projects I've backed, it seemed like this was one that deserved to succeed. Whatever people are saying, I believe the team were/are extremely committed. They were taking steps as extreme as moving to China to oversee manufacture. They were a victim of their own success. Having originally asked for tens of thousands of dollars they ended up with millions, and a big scaling problem to deal with.

While I felt disappointment, at the failure of this project, that was all it was. Reading a selection of the more than 22,000(!) comments on the project, there is venom in the language that some of the backers are using which I don't think anyone deserves. People have lost money, but that's the risk you take when you invest in anything. It's disappointing that you don't see that dream come to fruition, but hurling abuse from the sidelines is cowardly. No one has the right to do that. You especially don't buy that right with a Kickstarter pledge.

Personally, I wish the Tiko team all the best. If at some point in the future they manage to get a 3D printer in to my hands I'll be thrilled. I also hope they pick themselves up and don't let this stop them trying again in the future.

So, this leaves me without a 3D printer. I'm saving up for a Glowforge laser cutter when they start shipping. I'd also love to get a Form3D, but that's a bit out of my price range at the moment too.

Have any of you got recommendations for a 3D printer? Something for a beginner who doesn't mind a bit of tinkering? Let me know any suggestions you have.