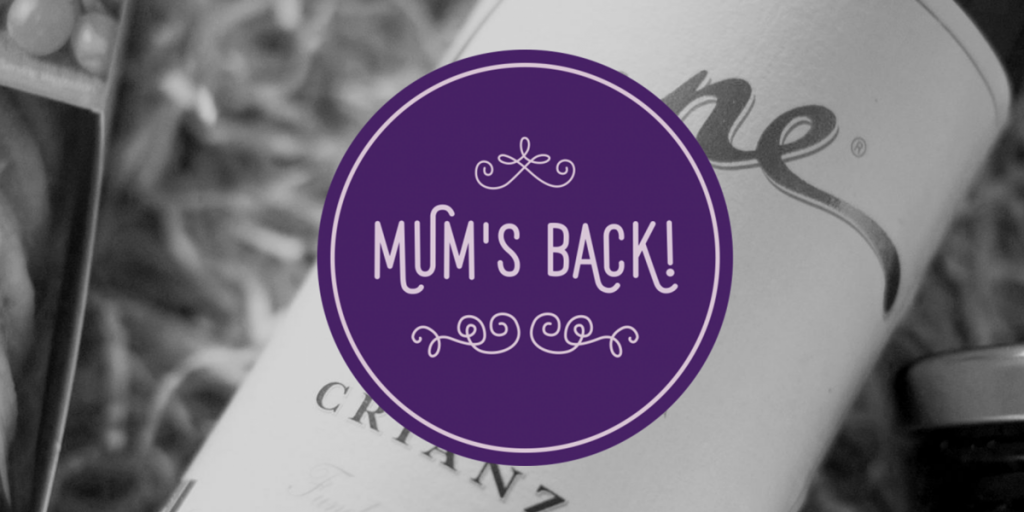 In my last post I spoke of how I've started to have lots of mini-failures, but have still managed to form a habit out of my new morning routine. Yesterday was another of those failures, as I didn't manage to write a blog post.

The good news is that the reason for that was I was hurrying to finish off the first version of the Mum's Back website. It took all day in-between eventful Sunday activities with the kids, like gathering frog spawn, and 'dancing' around the front room, but it's live!

Mum's Back is a venture that my wife has started, selling hampers to new mums containing the foods that they were not allowed to eat whilst pregnant. The idea came because a lot of the 'new mum' gifts available focus on the baby, or some sort of idyllic version of motherhood. My wife, and a number of her friends, found that after a hard day of tending to a new born baby's every need, rather than drink cleansing tea they would rather have an indulgent snack of cheese or paté with a glass of wine! She explains it all far better than I could in this first blog post.

In true Lean Startup style she decided to see if the idea of selling hampers like this would work. Building up a social media following and talking about the idea, she quickly saw that a lot of people were voicing interest in buying a hamper. It wasn't truly validated in the sense that people had parted with their money, but it seemed good enough.

After a number of weeks of sourcing products, packaging, design work, and logistics, she had an initial hamper of products to start selling. Launching in a lo-fi way, taking orders by email and money via PayPal, she quickly sold her first hampers. Now it needed a proper online presence for sales and marketing.

This is where I came in! People say never to work with family, but we've worked together on a number of projects in the past it's always been good fun. The website is definitely still a first version. We've got another friend producing some professional photography for us, and there's a lot of additional styling changes I need to make, as well as refinement of the checkout process. But it's up and running. It looks OK (in my opinion!), and you can buy a hamper. It's not a minimal viable product, because that would essentially mean producing something crap, but I think it has got the basics right.

I've been hinting at this project in a couple of other posts, so you'll know from that, or by doing some digging on the site, that it's WordPress based and using the new Twenty Seventeen theme with WooCommerce for the shop. There were a number of other challenges that I haven't written about yet, so I'll cover those in some future posts. Having only one product too is an interesting concept to build in to a e-commerce system designed for large shops.

A Web Site Is Not Just For Launch Day

Being a developer I often create sites for people that are so tired of thinking about it by the time it's launched, the site isn't touched for a year and falls in to disrepair. I know there's a lot that I could improve with the site (particularly with optimising images and page loading speed), and that like a house or car it needs regular maintenance. Hopefully the project will be a success and I'll be able to develop all the ideas I have to customise the hampers and the checkout process.

Want to help it be a success? Why not order a hamper for yourself or someone you know? There is a launch offer of 20% off the first 50 hampers, so what are you waiting for?